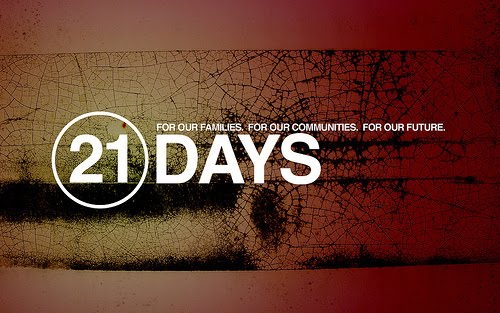 This is day five in our 21 days of prayer and feasting!

Today, pray for courage to scatter the seed wherever you go! Pray for the right hearts to receive the Word!

From the Word of God:

Later that same day Jesus left the house and sat beside the lake. A large crowd soon gathered around him, so he got into a boat. Then he sat there and taught as the people stood on the shore. He told many stories in the form of parables, such as this one:

“Listen! A farmer went out to plant some seeds. As he scattered them across his field, some seeds fell on a footpath, and the birds came and ate them. Other seeds fell on shallow soil with underlying rock. The seeds sprouted quickly because the soil was shallow. But the plants soon wilted under the hot sun, and since they didn’t have deep roots, they died. Other seeds fell among thorns that grew up and choked out the tender plants. Still other seeds fell on fertile soil, and they produced a crop that was thirty, sixty, and even a hundred times as much as had been planted! Anyone with ears to hear should listen and understand.” (Matthew 13:1-9; NLT)

I thought about this song, from Acappella, performed here by Acappella Classic. You may remember it. The video ends abruptly, but it’s still powerful. Blessings to you today!